“Well, Lyuu? What do you have to say for yourself?”

Lyuu and I returned to the throne room to find Leila awaiting us right by the field’s exit. She flashed the other maid a smile, one that almost instinctively caused me to shudder. Though it didn’t appear off, it somehow felt entirely devoid of all the emotion the expression of joy was supposed to contain.

“U-Uhm… I-It’s not my fault…”
“I told you to return immediately after drying the laundry because I wanted you to assist me with another task.”
“I-I know, but I swear I must’ve had a spell cast on me or somethin’! I really was plannin’ on getting the laundry done real quick, but then I magically ended up gettin’ all distracted! I-I swear I wasn’t tryin’ to slack! I don’t even know how it happened!”
“Lyuu, that is not an excuse. The fact stands that you neglected your responsibilities.”
“Y-you’d get why if you just saw it, Leila! It was just that awesome! Come on, hear me out!”
“I think I have heard plenty already.”
“Huh!? W-Wait, where are you taking me? Leila? Leila!? Let go of me! Leila!?”

Lyuu tried to resist, but it was futile. The other maid started dragging her off with ease. I didn’t have the slightest clue as to what Leila was about to do to the poor girl, but I could at least tell it wasn’t a good idea to interfere. Given that, I stayed silent and smiled wryly as I saw the two of them off.

Once they were out of sight, I turned towards Lefi’s quarters, only to find her with her face still buried in a pillow.

“Er… I uh… Hey, uh… Lefi.” It took me a few tries, but I eventually managed to initiate a conversation. “W-Would you mind if I asked you something real quick?”
“H-Huh!? Uh… U-uhm… sure,” Lefi’s eyes nervously darted around, but she eventually calmed down and started speaking in as normal a tone as she could. “I-I will answer what you wish so long as I am able.”

“T-Thanks. Do you know any way for me to raise my max mp?”

The only reason I returned to the throne room was because I’d wanted to ask her for advice. I would’ve loved to keep making mini-castles, but I couldn’t. My mana had run dry. And if a few hours of practice was all it took to drain it, I highly doubted I would actually be able to forge an entire castle with my current pool.

Of course, I hadn’t been making castles the whole time. I’d taken a break right before Lyuu showed up, and another when Illuna and Shii joined us a bit later. The two had been playing together, but immediately stopped to voice their wonder as they saw the countless castle designs I had laid out. Seeing Illuna like that inspired me to create something to entertain her. And I figured I might as well make Lyuu smile while I was at it. I used primordial magic to create S*lvanian Families: cute, dressed up animals that lived in houses and other human-like environments. [1] I made a metric ton of them and ran my MP dry in the process. I wasn’t too happy with completely draining my mana because it disallowed me the opportunity to continue practicing. But still, it was worth it. Seeing the cute toys caused both girls to light up in joy.

“You need to bolster your magical energies? You already have many times more than the average person, do you not?” Lefi looked at me quizzically. “Are you attempting to cast a forbidden spell?”
“Nah. I just don’t seem to have enough to make something I’ve been meaning to. I know I could always just go gain experience and level up, but I’d prefer to do some sort of exercise or training.”

Working out had given my physical stats a noticeable boost, and I figured there was likely a magical equivalent.

“Hmmm…” Lefi paused for a moment to think. “I mind not lending you my mana should you merely wish for a temporary boost.”
“You can do that?”
“Easily,” she nodded. “Recall how I first instructed you on the use of magic. Do you remember the manner in which I cycled my magical energies through your body?”
“Yeah?”

Last I remembered, it was an act that could’ve caused my head to explode.

“Lending mana is a similar process. The only difference is that I will channel my magic into you as opposed to through you.”
“Huh, that’s neat. You think I could do it too?”
“Not as you are now. You would first need to improve your control,” Lefi smirked. “You need not reach my heights, but you still do require a fair amount of improvement. Lending your magical energy involves tuning its wavelength to match that of the person you’re giving it to. It’s no simple task.”

The proud look she had on her face was her usual one. She was finally back to being herself.

“Alright then. I’ll come looking for you when the time comes.”
“Know this. My services come at a price.”
“Fine, what do you want?”
“I am willing to accept payment in donuts.”
“Sure.”

As always, Lefi’s sweet tooth was raring to go. I couldn’t understand how she could tolerate eating sweets at every given opportunity. If I was her, I would’ve long gotten sick of them. Her all time favourite seemed to be the chocolate I’d fed her when we first met. She’d always nibble away at it bit by bit and attempt to make it last in the same manner as would a certain sugar-crazed detective.

“Borrowing my mana is not the only method at your disposal. You could also practice by firing off higher tiered spells and exhausting your reserves on a daily basis. I believe you have one at your disposal. It is one you have taken quite a liking to, in fact.”
“You mean the water dragon thing?”
“Yes, that one,” Lefi nodded. “Continue firing spells of that caliber and you should not only bolster your reserves, but also raise your proficiency in controlling magical energy.”
“Right.”

To be honest, I wasn’t quite satisfied with the water dragon spell. It was supposed to be made of hot water, but I lacked the skill to maintain both the shape and temperature simultaneously, especially seeing as how I had to use earth magic to mix in a bit of grit to power it up. I’d practiced the spell quite a bit, but I’d never spammed it to the point of running out of mana. In fact, today was the first time it’d ever happened. Though I didn’t have it right, I wasn’t going to be putting any more effort into practicing or refining it. Creating castles also consumed mana, and was a much better use of my time. Each fortress I crafted would further solidify my mental image of the final product. Moreover, building castles made it easier for me to switch to creating Sylv*nian Families for Illuna in my spare time. And as it made her happy, I was more than glad to do it.

“Thanks Lefi. That was some solid advice.”
“I-It was no a big deal. I-I am glad you found it useful.”

Lefi fidgeted a bit as she blushed. The embarrassed gestures she made were so cute and charming that I couldn’t help but admire them.

[1] This is a Japanese plastic toy thing for girls, kinda like barbie. Apparently they export them too. Example below. 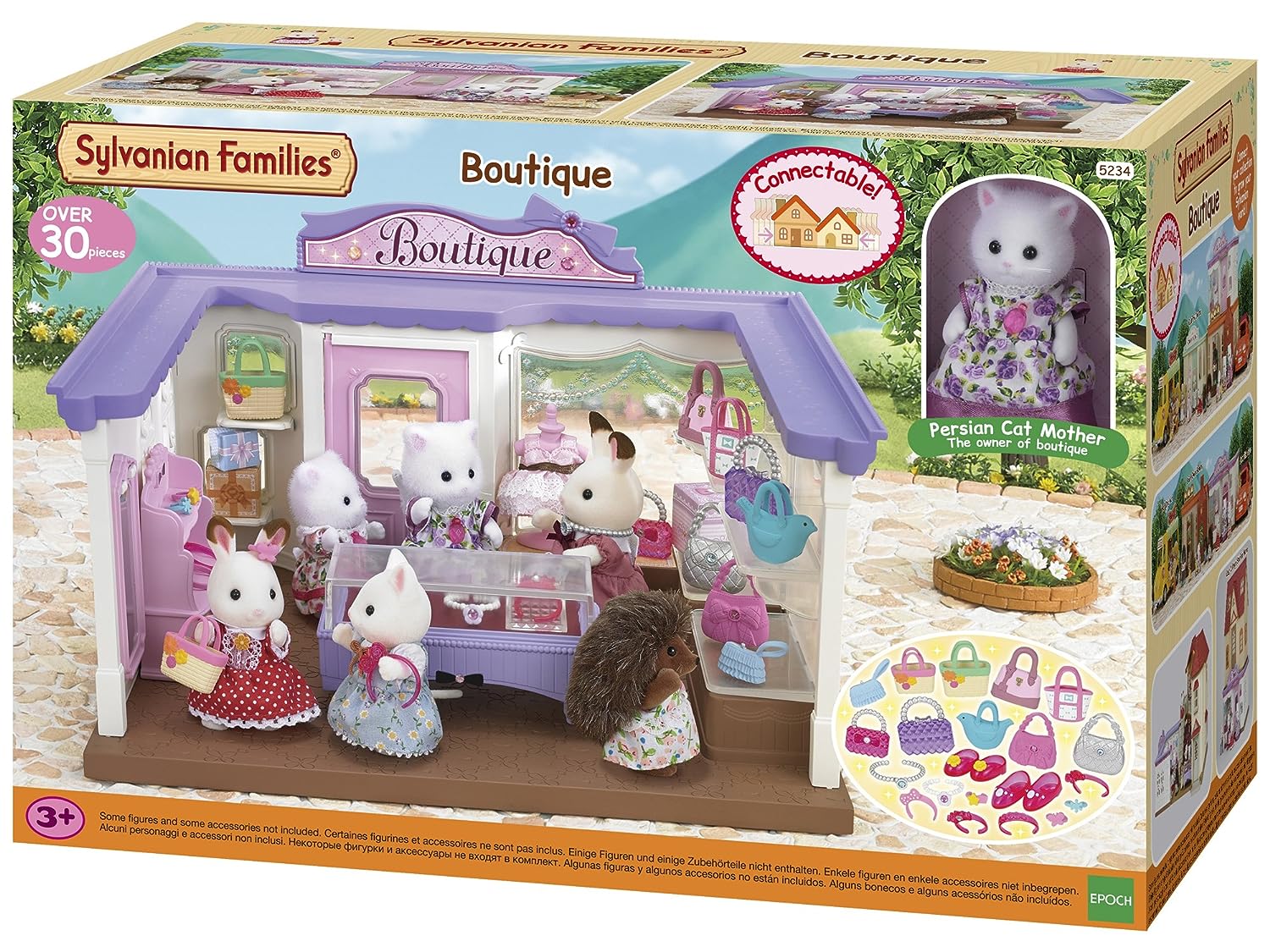